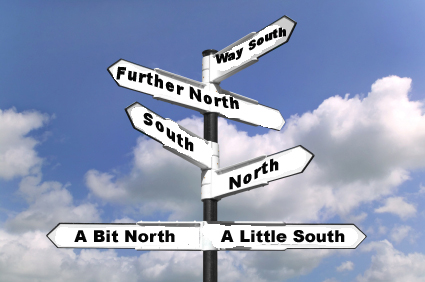 Since I’ve  been here I’ve learnt that there is a certain stigma attached to the northern suburbs of Cape Town.

I cannot fathom this. I grew up in the southern suburbs of Johannesburg which also has a stigma attached to it. The two places are nothing alike. Growing up in the South, in the eighties was interesting. I grew up with lots of Lebanese, Portuguese and Greek kids, so it was a fairly olive-skinned, cosmopolitan environment although I’m pretty sure no one has ever used that phrase to describe the area. There were kids in my class that were much older than me in standard 6. Some had been “kept back”, several times. I got in a fight with a fellow student once who had a spectacular mustache. Apparently she looked a lot like her father, who’d run off after his chop-shop (not a butchery) had been raided by the police.

Anyway I digress. Durbanville is amazing. It has a unique charm and the folks are generally very friendly. In fact at a four-way stop, one can sit for several minutes with drivers in all four directions waving each other on and then subsequently getting pissed off because the offer has been met with a counter offer to proceed first. Perhaps this aggressively polite disposition has something to do with the fact that the place is practically surrounded by wine farms and everyone is permanently drunk?

In the latter part of the 18th century, the town was actually called “Pampoenkraal” which translates into “a circular enclosure for pumpkins”. I would imagine the local folk resented being associated with a comical Halloween vegetable and the name was changed to D’urban in 1836, after the Governor of the Cape at the time. Unfortunately a further name change necessitated itself when the locals became frustrated with sunburnt stoners seeking the town’s KZN namesake, Durban. And so we have the derivative, Durbanville – creative little fuckers, those town fathers.

They grow grapes in Durbanville and also very large people. I’m not a very big fellow, height-wise. I’d say I’m probably average height, in any other part of the world. Here I am a Lilliputian in a land of Gullivers. I often feel like a child when I’m standing in the queue at any of the local stores. Even Woolworths. Where I am often the only male in the store. Even then I’m still the most vertically challenged person around. An English People-Mcnugget.

People in Durbanville speak a variety of languages. Most folks are bilingual and both English and Afrikaans are spoken fluently. Apparently the schools are dual-medium. This is a term that I had not heard before I moved here. When I first heard it I thought it must be some kind of seance involving two psychics. It turns out its a process where the teacher communicates in both languages to the scholars. Perhaps reminiscent of the safety demonstration on a 1980’s SAA flight. My Afrikaans is improving although Christelle has forbade me from speaking it. Apparently I sound something like a throat cancer sufferer with a hot potato in my mouth.

There is a hardware store up the road from our new house. The store presents one with a very interesting shopping experience although I’ve noted it’s a bit fishy. I mean no disrespect to the owners. The place sells some good quality tools and also fish. Yes you read that right. They also sell fish. Dead ones. Packed in ice. To eat. It’s a wonderful idea, shopping for power tools always makes me want to indulge in gill-bearing aquatic craniate animals.

Seriously though, the area is truly beautiful. We often go running around the town and into the surrounding wine farms. It is on the winding dusty paths of the vineyards that we wage weekend war with the mountain bikers for control of the FOOTpaths. These cyclists intrigue me, for they complain bitterly about the inconsiderate drivers on the roads and then act like two-wheeled tossers themselves. It is wrong to generalize, perhaps only 90% of them give the other 10% a bad name.

So I don’t really know about this whole northern suburbs thing……..If I think about it, I have come from Johannesburg which means Durbanville is technically in the south. Problem solved.

I’m the Liability Guy and unless you live in the North Pole, you’ll always be south of something.