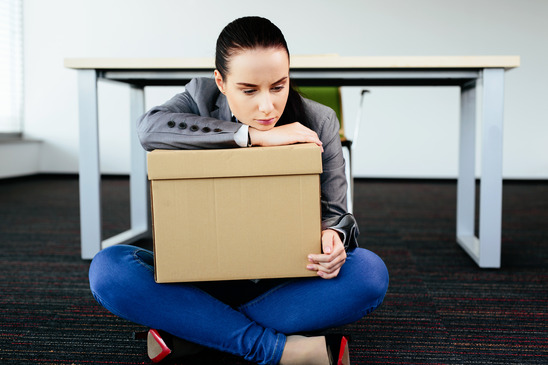 I read an article recently about changes in the employment environment over the past 10 years. The author wrote that he’d attended a corporate presentation and the CEO was talking about how he’d been with the company for 25 years. Two younger men in front looked at each other and commented about how awful that must’ve been. Practically a life sentence.

The message in the article was clear;  millennials (age 20 to 30 aka Generation Y) probably won’t stick around in a job for as long  as their Generation X predecessors, and a business can only expect to keep top performers for as long as they feel they are being challenged and are making a difference in the world. Money is a factor in making any job more attractive to any age group but there is a growing body of articles and studies to suggest that to the younger generation in particular, remuneration is a bit further down the list than it may have been for their parents.

We must accept that our rising stars in business are probably only going to be with us for 3-5 years even if they’re presented with growth opportunities and told how much the company values them.  A recent report in Fast Company found that 60% of millennials who leave their jobs in less than 3 years, do so because of a poor cultural fit. It is also true that this group of employees place a lot more stock in being treated like valued individuals and not just heads in a corporate office plan.

As employers perhaps we should be acknowledging that this new relationship could be relatively short term, certainly by prior standards. By 2020 this group will make up half of the workforce in most countries. If we’re going to find ourselves in a new era of shorter term engagements, a more transient workplace perhaps, then businesses should prepare for how they conduct themselves when departure becomes imminent. Not only does every business require a strategy for attracting talent but it should also have a clear idea as to how it says goodbye to its good people.

You may ask why? Why should an employer care how an employee feels after they log off the network for the last time?

There are a number of reasons why this matters in the 21st century. One should remember that if a good employee moves on, then its the right thing to do to send them off with a blessing. When we talk about sending them off with a blessing that includes the way they are discussed internally after the move. Poor leaders, and I’ve witnessed this myself, do not support employees moving on and the worst kind will often set about trying to sully the reputation of the soon to be former-employee, during the notice period and in fact long after their departure from the business. This actually reveals more about everything that’s wrong with the business rather than any previously unnoticed shortcomings that the former employee may have. This also guarantees that re-employment in the same business will never happen in future.

Don’t get me wrong, not every employee is a loss to the business but when a high performer moves on, any attempt to chip away at their reputation will only be perceived as “sour grapes” by the remaining employees. They may very well be left wondering if its worthwhile giving their own best efforts, if they too may be the subject of such treatment in future. I know some organizations where merely mentioning the name of the dearly departed employee is frowned upon, almost as if the moniker itself conjures up the Voldemort of the office.

Its natural for remaining employees to engage in a bit of blame shifting. They may genuinely be frustrated with the additional workload that could come their way or perhaps the training burden that will inevitably be foisted upon them when the replacement joins. Junior staff and other former colleagues will of course largely take their lead from the seniors in the team and it would be massively inappropriate and unprofessional to see character assassination from the CEO or other high ranking employees.

Hard work and committment in the preceding years can’t and shouldn’t be erased as a method of dealing with the exit. In my own experience true leaders do not take the loss of a once-loyal employee personally. It’s not an affront that an ambitious employee seeks greener pastures or more challenging terrain. Even the case of employees joining the opposition it is actually a tremendous compliment to the business when the organization is viewed by competitors as a fundamentally sound training ground.

The best attitude any business can have is to let good workers go with best wishes and the hope that they’ll continue to be ambassadors of the brand long after they leave, even if they’re joining a competitor. Remember that as an employer you may never get the good ones back again but the ones that have left may end up sitting next to your next star performer in their new office environments. A business reputation isn’t just about earning the respect of a customer. It’s also about attracting talented stars of the future.

Social media exposes a lot of employers. Millennials in particular know how to research the online profile of a business before they join. Most prospective employees will engage with others who may have worked at the business before. The modern day job seeker may not only provide references to the prospective employer but may in fact do their own research by communicating with former employees. Simply typing the name of the business into the LinkedIn platform produces a goldmine of reference points, both past and present. Type in the name of your company and you’ll be presented with a long list that includes the staff who’ve moved on.

Managers with a modicum of emotional intelligence shouldn’t need to be told about this. Its about doing the next right thing and encouraging people to grow, even if you aren’t around to enjoy the future benefits of their work.

Remember that if you continuously destroy the fruits of a great worker’s labour, you will eventually land up with way-more compost than fruit.