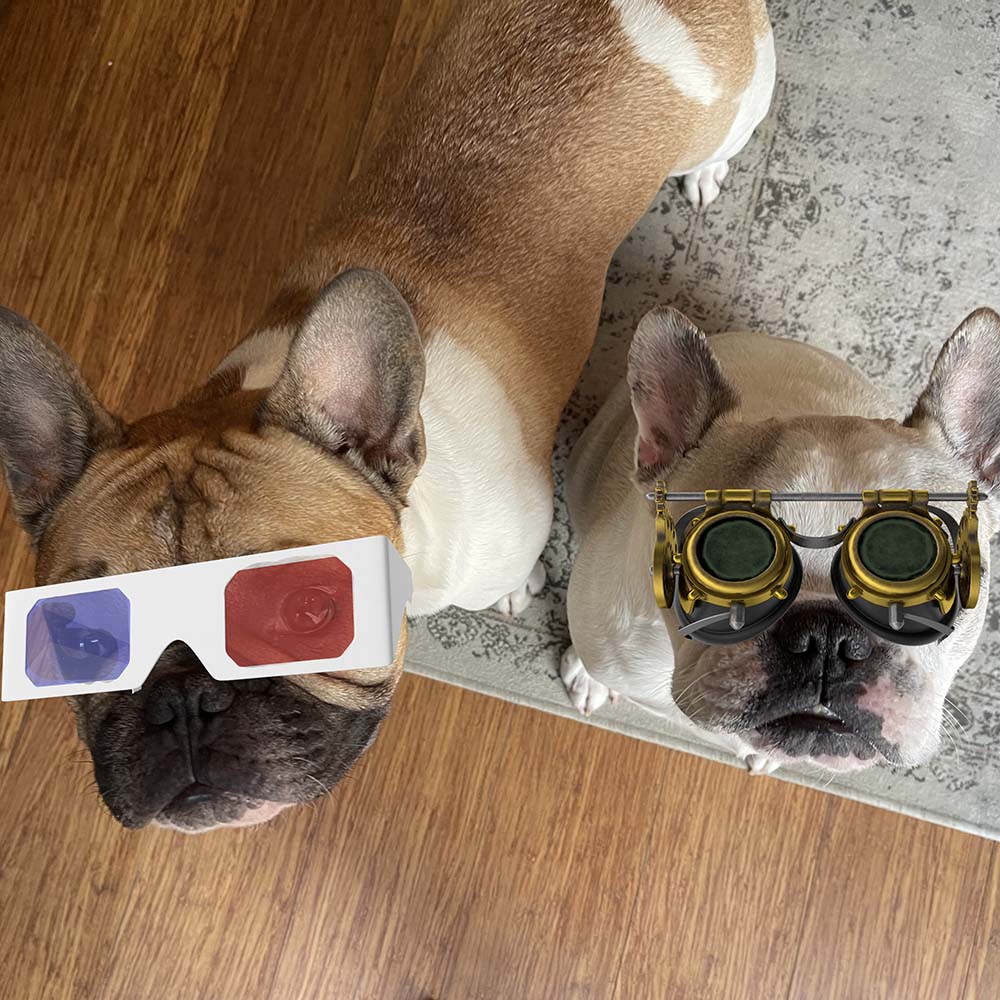 I’ve been a contact lenses wearer for about 35 years now. Practically a lifetime of living with little discs of silicone hydrogel attached to my eyeballs. Needless to say, they’ve been life-changing and have allowed me to do all sorts of things that I couldn’t do when I wore glasses – like getting my first girlfriend when I was 15. You see I grew up in an era when glasses weren’t cool, especially when they looked like this:

As you can see they took up at least 1/3 of my tiny, teenage face. Given that my eyesight sits at minus 6.5, the glass had to be relatively thick and heavy, so much so that I had to wear bigger shoes to counterbalance the earths gravitational pull, which was determined to drag my face into the ground.

For those readers who have 2020 vision (nothing to do with the year of the great plague), to experience minus 6.5 vision you have to rub Vaseline into your eyeballs, drink a bottle of gin and open your eyes underwater. I always fancied a nickname at school. Something like “stud” or “killer” but these amazing eyeglasses earned me the moniker “goggles”. I realise now why they are called spectacles, as that is indeed what I was.

A future so bright

My mom (rest her soul) thought it’d be useful if the lenses darkened in the daylight. Having emigrated from Newcastle Upon Tyne in the UK some years before, sunlight was somewhat of a novelty to be both embraced and feared. This little piece of optometric wizardry did wonders as the sunglass effect only made my optical aids more pronounced. You can see that polarizing effect in the photo above. This had the impact of making me look a bit like Puck from Maya the Bee (a popular kids tv show in the eighties). Also good for girlfriend acquisition.

You may be wondering where this is going? The contact lenses (this time a genuinely great suggestion from my mom) not only saved me from a life of celibacy but also helped me establish a lifelong relationship with the optometric industry. I viewed these professionals as ocular messiahs, capable of raising even the most awkward of individuals out of social death.

Earlier this week I decided to change optometrists. My old one was pretty good but I felt that having just turned 50, a fresh pair of eyes was needed, so to speak. It had been a while since I had the full barrage of tests and assessments, and I was amazed at how much technology filled the small consulting room. I was pleased with this and looked forward to not having any of the antiquated, uncomfortable periscope equipment wrapped around my head whilst I pretended to be able to see the letters on the wall. Isn’t it strange how when one is faced with an eye test, one feels an incredible urge to squint, strain and wildly guess at the letters to pass the test even if it comes at the expense of landing up with the wrong prescription.

In my case I think this stemmed back to that fateful day at school in Grade 4 when the government appointed optometrist came around and tested everyone’s eyesight. It was of course that pivotal test failure that led to the commencement of Puck Goggles Colman’s six-year prism sentence (see what I did there?).

Unfortunately, despite the tech-packed lab in my new optometrists office, I still landed up with the steampunk equipment on my face. It appears that this remains the go-to for eye specialists, which seems odd especially given that my current practitioner looked decidedly millennial. I guess I was hoping for some science-laden beam of light that would shine through my eyes and immediately figure out what I needed to live a normal life. One without eventually having to train our French Bulldogs as guides. If you own one of these hounds you will also know that they are lovable, snoring, fart-bombers with terrible eyesight of their own. All three of us would be dead at the first traffic light.

I tolerated the uncomfortable Mad Max binoculars for what seemed like hours whilst we both played a game of spot the difference. If you’ve been for a professional eye test recently (not one at the licensing department of despair) then you too will have played the game. You are presented, one-at-a-time, with approximately three million lenses all mysteriously, repetitively numbered from 1 to 6 and must spot the undetectable differences between them. Failure to do this means your prescription will be wrong and you’ll spend thousands on the wrong spectacles or contact lenses. This I believe is what happened to me the last time I got my eyes tested. Rather than admit that I flubbed the expensive game, I ended up wearing a prescription for years that I’m sure was perfect… for someone else.

The outcome of this week’s game was somewhat fruitful. I have been told that I need multifocal lenses given my advanced age of 50. Yes, contact lenses do come in a multifocal version although the costs are decidedly eye-watering. I’ll be experimenting with these in the hope that I gain twenty-twenty in 2022.

See you soon. I’m the LiabilityGuy.