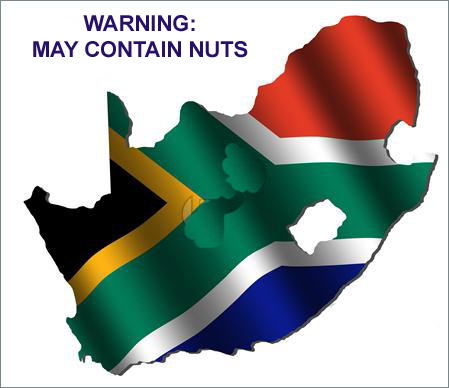 I woke early this morning with a burning sensation in my eye. Turns out disposable, daily wear contact lenses have some kind of programmed obsolescence. After 3 days of continuous wear they will try to integrate themselves permanently with your cornea, like a political leech that overstays it’s welcome after the campaign, or lands it’s plane on your restricted airstrip for an impromptu wedding.

Being that the confounded lenses du jour are over R20,00 each, I had made it my austere mission to make them last longer than a Kardashian marriage. Having failed dismally, I “peeled my eyes” and replaced the offending prosthetics with new ones. It occurred to me at this point that I had not really paid attention to the warnings on the packaging nor to the rather obvious name of the product, being “Dailys” and I was indeed behaving like a living brain donor (the giver not the receiver).

I’m The Liability Guy and each day has me wading through a variety of legal quagmires with my clients, looking for ways to avoid the possibility of a law suit. Most product manufacturers for instance, worry about this mythical beast called the CPA. Contrary to popular belief, the CPA is not Chronic Pulmonary Aspergillosis but rather the Consumer Protection Act. These two things are vastly different, with one being a suffocating affliction that constricts abilities and the other, a crippling disease of the lungs.

Anyway, this rather complex piece of legislation gives us all the most amazing rights as consumers, one of which is the right to be warned, in a way we can understand, about the hazards or dangers of using products.

These photo’s illustrate the nature of warnings where the consumer is depicted as an ignoranus (that’s an ignorant ass) incapable of logical, adult thought.

Most of you will have heard of the infamous McDonald’s coffee cup claim. No? Basically the story of Ms Stella Liebeck. The poor old lady that soaked her privates in hot coffee as she left the drive thru of the local McD’s . Personally I think a rusk works better.

In any event, the court determined that the beverage was too hot and that she should’ve been warned about the impending danger. It’s thanks to Stella that we all have those delightful “hot” warnings on our coffee cups now. That whole caffeinated event cost Mickey D’s over $3m. Incidentally, there are now also groups in the US that are lobbying for labels on fast food that warn consumers that they may get fat. That’s like warning someone there might be traces of pee in the public pool.
Warning customers in South Africa of danger isn’t as easy. Especially seeing as we live in one of the most dangerous places in the world. I mean do I really care what the weight limitation is on a ladder when every step I take in the street could be my last. And then there are the unfortunate gaps in literacy skills across our country, particularly in Limpopo where they have some of the best educated rivers in the republic. This means that making sure everyone understands all the hazards is a challenge and perhaps also the reason why the use of pictograms has become popular.
Perhaps they should put warnings on the pictures of politicians on ballot forms?