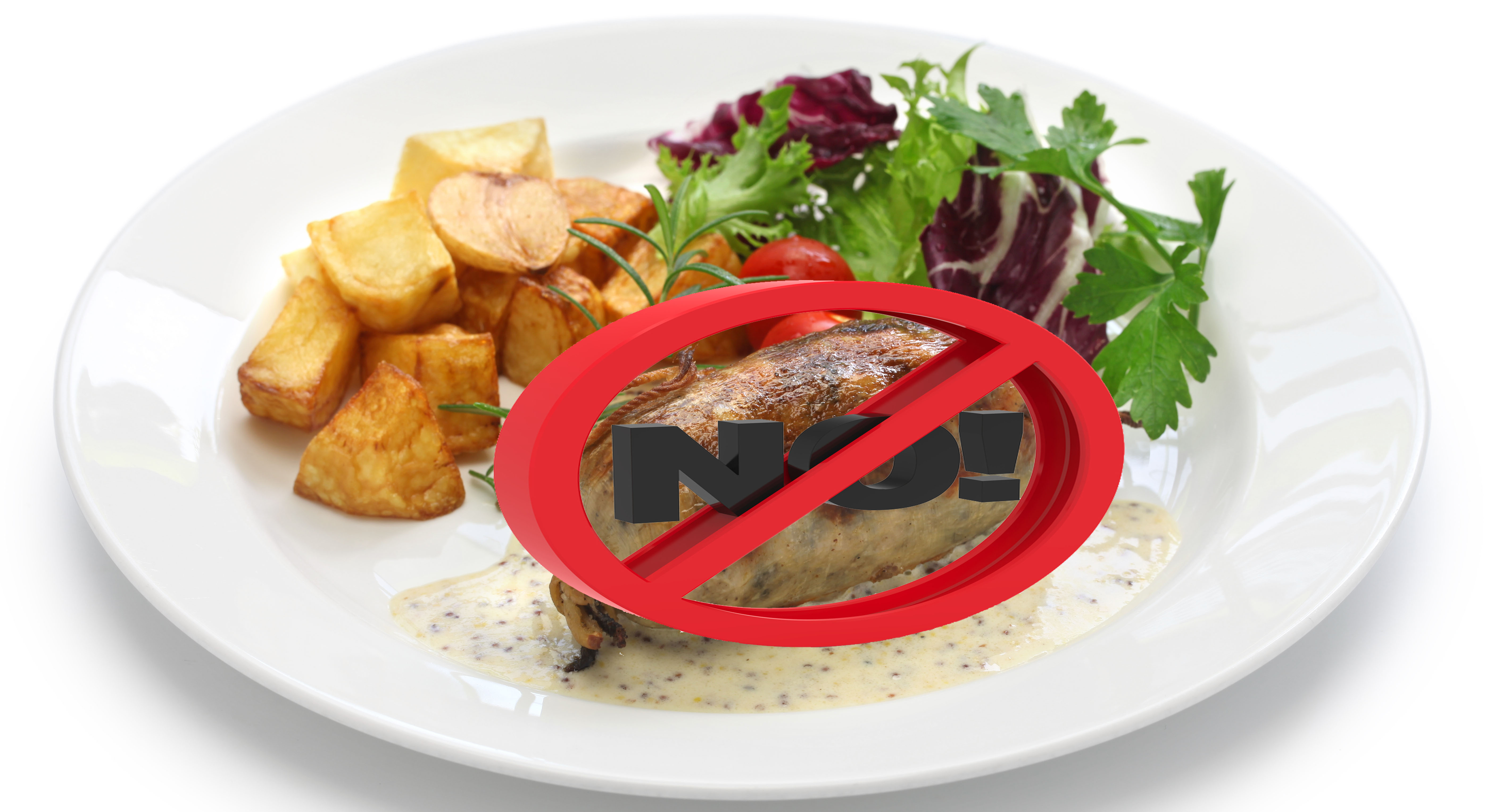 When I travel to a foreign country, I like to sample the local dishes but whilst we were in Paris and Rome earlier this month, something happened to me that made me question my adventurous nature and the way in which Google and Wikipedia conspire against unsuspecting travellers. This blog was written the night after this life-changing event…

“Last night Christelle and I visited this quaint little bistro outside our apartment in Paris. To put things in context, we’d spent the entire morning in transit from Rome, then walked about 16km exploring the city, as one does when one is living in an actual postcard world. Earlier that day, at lunch time in fact, we had this incredible vegan meal (I see you raise an eyebrow, vegan? LiabilityGuy? Never). But yes, I actually ate a vegan burger from this place called Hanks and it was so good. I’ll definitely have another if given the opportunity.

But I have to say that being raised in South Africa and not having consumed meat with my mid day meal, left me feeling, well lets just say a little unpatriotic. So last night we stopped in at the bistro down the road from our apartment. I was pretty hungry and didn’t fancy the usual array of French nouvelle cuisine. That’s when this dish caught my eye; a local delicacy called andouillette. It’s pronounced Andoo-yett apparently. I spotted it on the menu and did a quick wiki search. I didn’t open the full wiki page on my phone so this is what I saw: 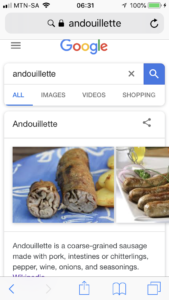 “Andouillette is a coarse-grained sausage made with pork, intestines or chitterlings, pepper, wine, onions, and seasonings.” Admittedly I should’ve been a bit grossed out by the intestines bit, and I had no idea what chitterlings are but they sounded cute. I also thought “aren’t all sausages encased in some sort of intestines?” So I ordered this traditional sausage.

Christelle and I engaged in some holiday chatter while we waited. We’d really been having the best time and not a single bad meal. Until now.
Let’s just say the sausage announced its arrival by a peculiar aroma not dissimilar to that of a dead, rancid wild boar’s butthole. Not that I’ve been that close to a pigs ass, except this one time when I visited parliament on a school tour but that’s a story for another time.

In any event this freaking sausage arrives with string on both ends. You know to hold all the goodies in. And by goodies I mean intestinal stuff and get this, it’s actually the colon. No not the punctuation mark, the part of a creature that processes actual crap. The smell emanating from this dish was so disturbing I was transported back to my school days and was reminded of how when your mom had packed you an egg sandwich, you felt obliged to tell everyone that you had an egg sandwich so they didn’t think you farted when you opened it.  I almost apologised on the spot to everyone in the restaurant in the hope that they didn’t mistakenly think I’d had shit my own pants. My inability to articulate this in French, held me back. As well as a strong gag reflex.

So I’m sitting at a tiny French table with my vegan wife and this 12 inch smelly sausage. (I’ll let you think about that image for a bit before I move on). Ok?

Being a die hard Anglo Saxon warrior there was no way I was not going to eat this thing. At 18 euros it had an appeal that almost surpassed my desire to throw it out the window and alert the authorities. Almost. Fortunately the pungent porky also came with chips and some lettuce with a weird dressing so I figured I’d be able to mask the flavor if it was as bad as the scent.

If you’re a human being you’ll know that much of what you taste is processed through your nasal passages, this being one of the reasons why you can’t taste your food when you have a blocked nose. As I dissected the beastly banger, the smell seemed stronger. And it was at this point that I noticed my wife holding her nose. I digress here to remind you, the reader of this tale of gastronomical woe, of the fact that my wife is a vegan. Her sensitivity to strange carnivorian scent cannot be over emphasised. I should also mention that the size of the average table in a Parisian bistro is just slightly larger than a postage stamp. She could not have gotten closer to this meal even if she had ordered it herself.

The smell definitely appeared to be getting worse as I cut into it. I contemplated sticking some fries up my nose to conclude my meal without gagging but instead opted to eat them the traditional way, hoping to use the dish they came in to cover the sausage, blocking some of the putrid aroma.

Fortunately this was not necessary as the waitress appeared and I indicated for her to remove the leftovers (1/2 of the sausage). We paid and left the restaurant. On the way home whilst being subjected to ridicule and disgust by my wife, I went back into Wikipedia and read the entire post which goes onto say, “True andouillette is rarely seen outside France and has a strong, distinctive odour related to its intestinal origins and components. Although sometimes repellent to the uninitiated, this aspect of andouillette is prized by its devotees.”

I’m the Liability Guy and I have just two pieces of advice:
1. If something tastes and smells like crap, it is quite possibly crap. Don’t eat it. Or you may die with actual crap in your mouth.
2. Wikipedia is not the lazy reader’s friend. If you don’t open the whole page you may land up in shit (or shit may land up in you).”

One Reply to “The most disgusting thing you’ll ever eat”